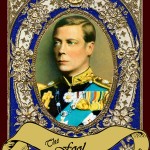 Many thought King Edward VIII was a true fool when he abdicated the throne to pursue a life with Wallis Simpson, the woman he loved. For the purposes of The Tarot, he embodied the nature of The Fool because he cast aside his burdens for a brave new start. 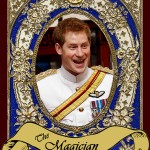 Prince Harry may only the “The Spare” to the Heir and now that William, the first of the sons in line for the throne, has a son and a daughter, he is fifth in line for the throne. Still, he takes the blessings of heaven and earth and creates what is by all appearances a joyful and meaningful life, just as would The Magician in the Tarot. 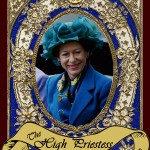 Princess Margaret was second in line for the throne when her father died and seemed to spend her whole life in her older sister’s shadow. She wore her distinction with dignity and grace, even sacrificing the man she loved for the will of the throne. The High Priestess keeps her counsel and bears her struggles in silence for the betterment of greatest good. 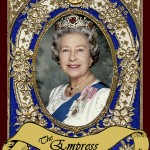 Dignified and Regal, Queen Elizabeth II is “Mother” to many countries and people, as well as to her own four children. Like The Empress, she rules in both want and in abundance with sovereign strength. 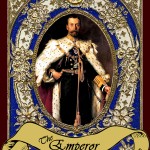 King George V ran both the country and his family with the iron hand of the Emperor, exerting will power and control. 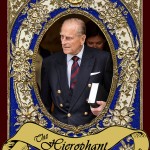 Prince Philip was royalty in his own right when he married (then) Princess Elizabeth. In many ways, like the Hierophant, he is “the power behind the throne” and guides the conscience of the Queen and their family members. 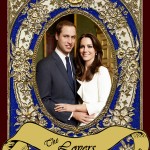 Prince William and his wife, Kate Middleton, embody the fairy tale romance his parents, Prince Charles and Lady Diana Spencer, tried (unsuccessfully) to capture. The couple seems to be genuinely in love and like The Lovers Card, must often choose between the joys of the moment and long term rewards. Their love and passion for one another radiate. 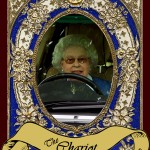 Many do not know that Queen Elizabeth’s vehicle of choice is not the royal coach, but her trusty Range Rover. The Chariot is about power, speed, and the unexpected, and when you get the Queen behind the wheel, you can expect all of those things. 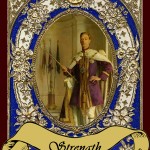 King George VII never wanted to be King and made his frustration known when his brother, Edward VIII, abdicated, leaving him holding the royal bag. His speech impediment was only one of his struggles, but he invested fully in his sovereign role and in his family to become one of Britain’s greatest kings. 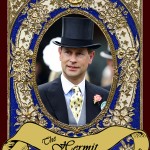 Prince Edward, the Earl of Wessex, is currently 9th in line for the throne and is the youngest child of Queen Elizabeth. Although he was known as “the cute one” as a younger man, his popularity never caught on like that of the other three. How much do you know about him? Likely, very little. Like The Hermit, he quietly assumed many of the duties of his father as Prince Philip became older. 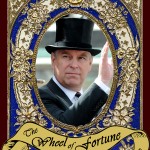 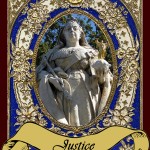 The looming figure of Britain’s Queen Victoria has remained the standard against which Queen Elizabeth is judged. The two women are the longest reigning monarchs on the British throne and have reigned through both peace and war. Justice brings its own teeth, for the good and for the bad, and even royalty is not immune. 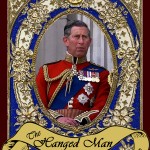 The Hanged Man is suspended, prevented from moving forward, much like the man who will possibly never be King, even though he is next in line for the throne. As Prince Charles nears his 70th birthday with his mother still on the throne at almost 90, he has to wonder if he will ever wear the crown. 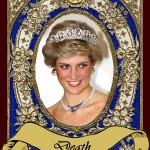 Not only is Princess Diana of Wales dead, but she blew into the royal family with the truest essence of the Death card in the Tarot: “Death of the old, birth of the new.” She changed the monarchy in countless ways, leaving it so that it will never be the same again. 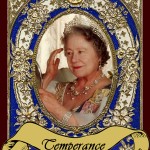 The Queen Mum, the former Elizabeth Bowes-Lyon, was beloved by all who knew her and lived through countless tragedies and successes during her 100+ years. Like Temperance, she was the peacemaker who made everything OK again for the royals. Her humor and wisdom could permeate even the darkest moments and bring hope to any situation. 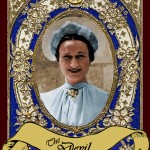 It may seem harsh to cast Wallis Simpson, the American divorcee for whom Edward VII abandoned his throne, as The Devil, but in the Tarot, The Devil represents obsession and the impact of our deepest weaknesses. This is what she was to the King, and in being that, she divided a Kingdom and changed the direction of the monarchy forever. 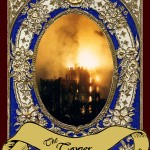 The sight of Windsor Castle burning was devastating to the Royal family and Queen Elizabeth is said to have wept painfully for it. The restoration of the castle was expensive and heavily debated. Like The Tower, Windsor Castle burned at a deeply inopportune time in the public relations history of the monarch, but also like The Tower. what was built in its stead was stronger and very well received. 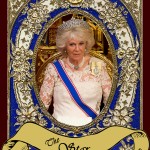 Camilla Parker-Bowles, wife of Prince Charles, may not be the “star” of the royal show, but she embodies the qualities of The Star in the Tarot. She had a goal in her mind and in her heart and she clung to it no matter what befell her. Despite marriage for both her and Charles, she remain steadfastly in love with him and finally wed him in 2005. She then accomplished another seemingly impossible goal and won the heart of the British public who largely despised her due to her role in the break up of Charles and Diana. Is her next impossible goal to be Queen? 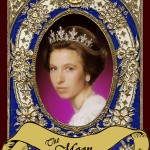 Like The Moon, Princess Anne slips quietly through the shadows, dignified and graceful, lending supportive energy and remaining an enigma. 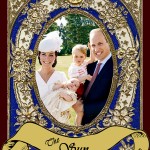 The Sun is arguably the brightest, happiest card of the Major Arcana of the Tarot and there is no better representation than of the newest royal subfamily, Prince William and Kate with their beautiful, happy children. The joy and happiness this family exudes is very much in keeping with The Sun card. The royals face judgment every day in public opinion and the press. The other side of the Judgment card is rising above adversity to enlightenment, which they also seem to do. From the time when Elizabeth and Margaret were little girls and King George called his small family, “We Four,” the Windsors have been all about family. Their marital bonds might weaken, with Elizabeth’s generation being the first to endure royal divorce, but the blood bonds are sacred. Even so, they never lose sight of the bigger picture of their place in the public family. Their World is the beginning and end of the chapter, just as in the Tarot.